First of all, a massive thank you to RSR, AOR and PRD for inviting us to this event.
Safe to say I was probably by far the slowest LMP2 in Lobby A, 4/5 seconds off the pace for most of it, I hope I didn't get in the way of too many people.
Sadly I don't have a decent recording of the race, silly me forgot to start recording until halfway through lap 7, by at which point I was pretty far down the field anyway. Surprised I managed to last half the race on the first set of tyres, double stinting them in the first half, and then the problems struck. Pitted in for some tyres on lap 21, and managed to set the 'change tyre' Option to 'No'. Another lap on ruined tyres, and then pitting for some new ones the lap after. Lap 24, just as I got to the start finish, ended up hitting a spinning GTE car (Sorry phoenix_1337) and then having a lot of damage on the left side of the car. 3 pit stops in 4 laps, and 30 seconds to the car ahead, who was about 3/4 seconds a lap faster than me. Finished last, but I still finished the race so I'm happy with that.

Big thanks to RSR, AOR and PRD for the invite
"More powerful than fear itself is the will to win" #24

what is the combined results?

not much point in combined results now considering lobby B and C lost half/all drivers. but it would be interesting to see the results from what was left of the other 2 lobby's
RSRs most wanted: . Have you seen them?

jamesl91 said:
not much point in combined results now considering lobby B and C lost half/all drivers. but it would be interesting to see the results from what was left of the other 2 lobby's
Click to expand...

t0daY said:
B and C crashed out completely. There are no results for those lobbies.
Click to expand...

shame, but good reason to have another crossover in pcars2!
RSRs most wanted: . Have you seen them?

Better late than never. My vid from lobby B up until the mas disconnect. Awesome event though and can't wait to do it again.

Here's results from lobby B, forgot I hadn't posted them. Don't know how much use they'll be, but thought I'd post if anyone was curious 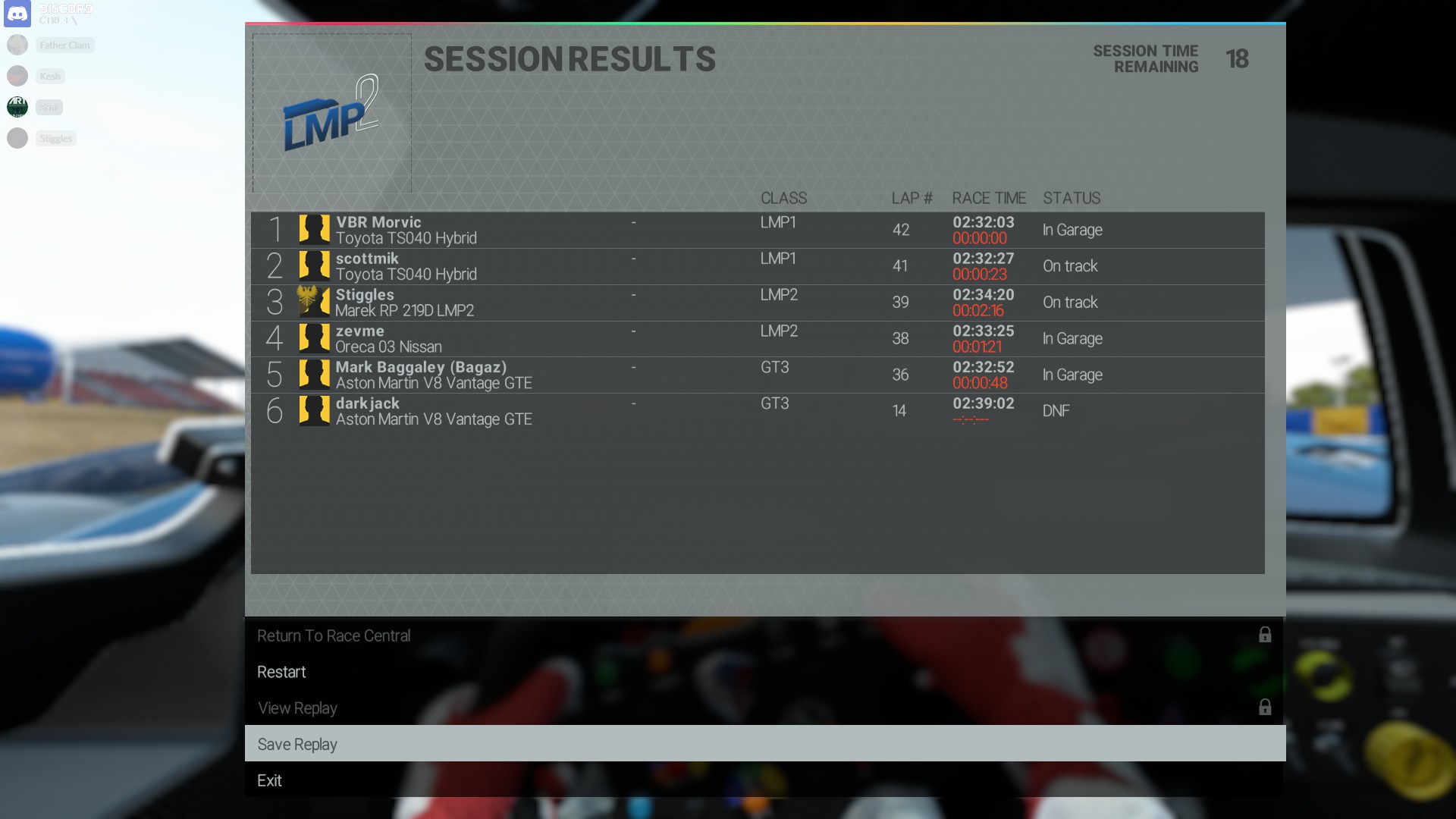 Breaker of video games, and quite possibly slower than James May...
Z

ok then what is the results for lobby A ?

These are the results i have from Lobby A @zevme