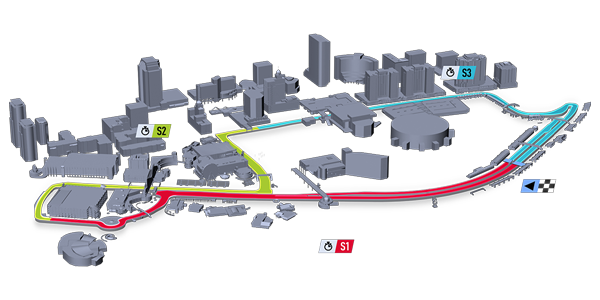 Please Notice
Before you take to the track in the league race, make sure you are fully aware of the Driving Standards of RevolutionSimRacing. As a driver in our league, you are required to do your very best to ensure clean and fair racing at all times.

If you are unable to attend the race, please inform the admins and leave a post in this thread before the race takes place in order to give reserve driver a chance to drive.

Last round of the Sprint Series. Let's finish this one with a boom!

t0daY said:
Last round of the Sprint Series. Let's finish this one with a boom!
Click to expand...

Sadly I will not be able to be there at this race! Very sorry, I'll see that I can be more active and able to race in the next league I join!
Fidget spinner of the field.

Owfier said:
Sadly I will not be able to be there at this race! Very sorry, I'll see that I can be more active and able to race in the next league I join!
Click to expand...

Scratch that, I thought it was another date. I should be in!
Fidget spinner of the field.

Owfier said:
Scratch that, I thought it was another date. I should be in!
Click to expand...

Scratch that again, I looked at the wrong date again. Won't be there. Sorry!
Fidget spinner of the field.

Turns out I can't.
Fidget spinner of the field.

Sadley im going to have to miss this also.
Captain Back-Marker 3000

Eugene Gajkin said:
I missed the whole championship because of problems. Can I take part in the final race?
Click to expand...

Nada said:
If there is room I can do this race.
Click to expand...

I will try my best, but I might not be back in time tonight, I have to go drop my son off back home and the roads are bad.
Not enough time racing.

Darksi said:
I will try my best, but I might not be back in time tonight, I have to go drop my son off back home and the roads are bad.
Click to expand...

Surprisingly quiet after the race in the forum

Great season. Thanks for organizing.
Offence is the best defense

Apologies to @Battenberg for that big crash on start/finish! There was a tiny inattention from my side and pCARS physics done the rest.

Thanks Fab. Immediately after I thought I was squeezing you too much, but looking at your replay it was just the two cars drifting into each other - a 50/50 racing incident for me. The crash was a lot more violent than I anticipated from such a minor incident, I think the pCars gods were bored and wanted to watch something spectacular . The timestamp for my video below is at 1:59:00 if you want to see what a barrel roll looks like in VR


Anyway, I had a mixed evening (rather like the whole season). I struggled with FPS for the whole night, which made judging apexes and the walls that much trickier. A spin at the fountain at the start of race 1 led to a fun recovery drive to eventually take pole for race 2. A tense cat and mouse battle with @fab. ICEMAN in race 2 ended prematurely when a rift glitch blip made me miss my braking point for turn 2. A dangerous spin turn from me thankfully was avoided by a battling @ovivoJR and @Josh, sorry I couldn't call it out on TS, I couldn't find my PTT button in time.

Race 3 started well, but after I made repairs to fix the damage from the barrel roll, I decided to try and see if my new stream telemetry overlay (feedback please!) was causing the fps stuttering in the rift. It turns out it wasn't, so when I parked off at T6 and tabbed out, I didn't realise the game stopped receiving my brake inputs and was creeping back towards the track. The car was a few seconds from reaching the racing line, so I panicked and killed the game. Sorry to Fab and @Shepard who I think were approaching that corner at that time.

So yeah, more downs than ups (again, sums up the season). The Aston was a brute all season, but it felt at it's best around here, thanks to a great setup from my team mate @1185323118. Jerry has supported me more than I have supported him in these races, so a big thanks to him for being a great team mate!
About RSR | General Conduct | Driving Standards​

Overall this was a great event. My first Championship with RSR. I enjoyed every battle. I am happy with my progression over the time. The Ginetta was a great car to drive and it was interesting to see the different strenghts play out.

Last night started well for me. I had a nice battle with @ProjectPD in the first race. The second race was quite chaotic. A bad start and a contact in the last corner after being pushed by @Josh left me with Aero dmg. In the end I managed to fight off the KTM but it was close. The third race was over before it really began. I had a strong start but overlooked that @Nakor was all the way on the inside. Apologies for the contact.

I've always been decent around Long Beach but didn't expect the pace I had last night. If it wasn't for silly mistakes I was able to hold on to the tail of the top four. In race 3 I truly believed I could have had my first victory in a long time if I had kept it clean, but alas it was not to be as I forgot @anaxi had a much earlier braking point into the roundabout with his Toyota and I punted him in the rear and had to wait. Overall it was a fun night and having some speed meant overtakes were fun and satisfying.

This series was a lot of fun and a big thanks to the PRD guys for joining us once again, it's always a pleasure. Also a big thank you and congratulations to my teammate @Taorminator. We both worked together really well, setting goals for ourselves and helping each other to achieve them with tips and setup advice. If only I was able to race the two races I missed it would have been a perfect season.

Here's my highlights from Long Beach:

You must log in or register to reply here.