What an awesome weekend!

...and it is already over It was our very first RL meet up. The Blancpain Sprint Series, together with the Sim Racing Expo, was the perfect place to make it happen.

We rented our own RSR Mansion - here are some pictures of the headquarters:

Friday Evening - The Arrival
With over 18 people from 6 different Nations, we obviously had to meet up first at the Mansion. For a bit of fun and to help the various people organise themselves, we created some code names for each group:

With everybody present (in a somewhat ironic twist, Team Angry Germans arrived late) we hit the Nordschleife to do some laps. Onboard footage will follow, we installed GoPros and Dashcams in every car . The evening was cut short, however, by the early closure of the circuit due to an incident on the course. 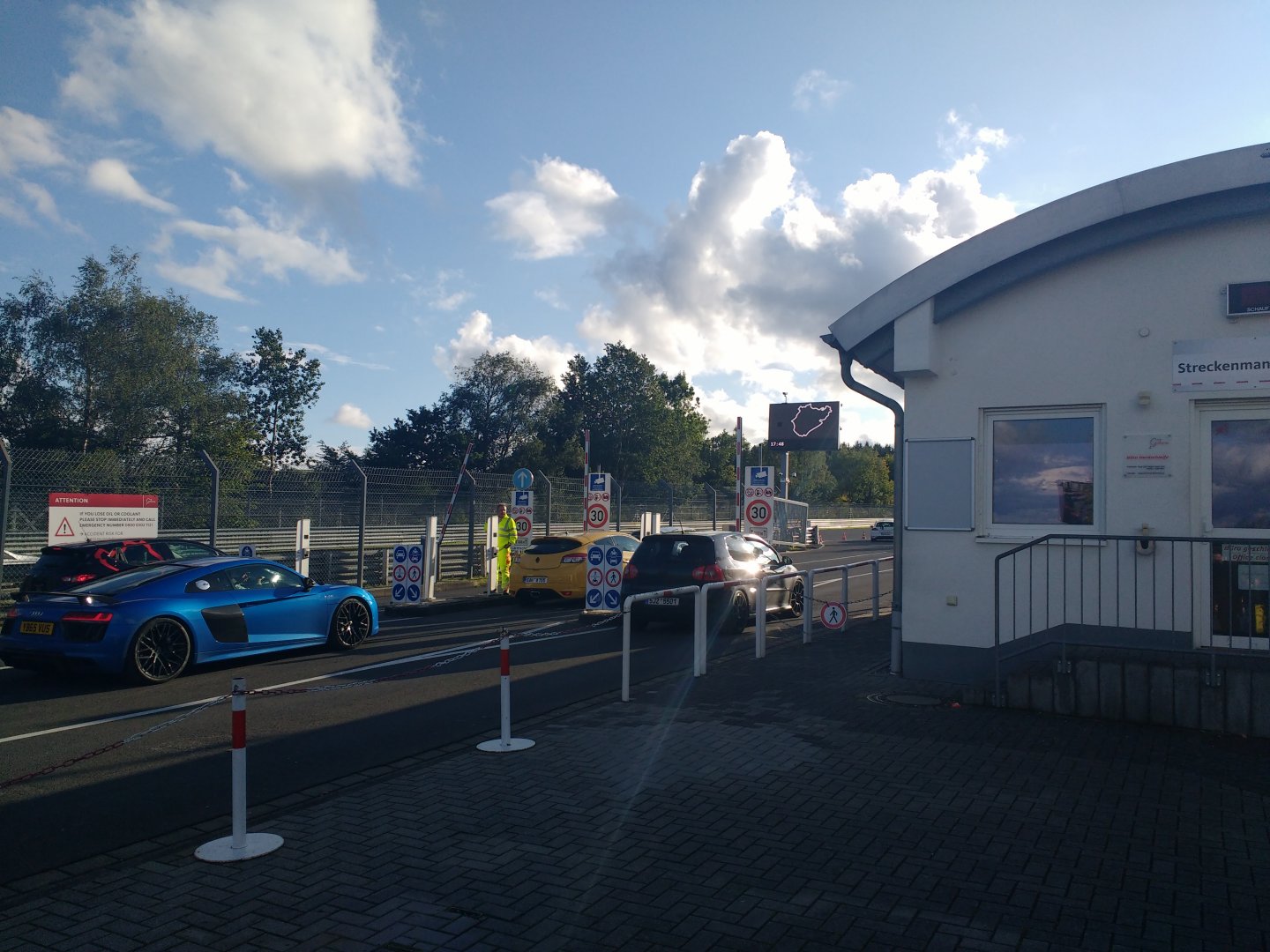 Saturday Morning - The Fight
16 people, all race fanatics, what to do? Karting! With most of the combatants sporting a hangover from the previous night, we made it just in time for the 9.30 race start (way too early for my taste!). Jan Frischkorn (Vehicle Art Manager of Project CARS 2) surprised us and joined us for the kart race. The race of course couldn't begin without our Driver Briefing! 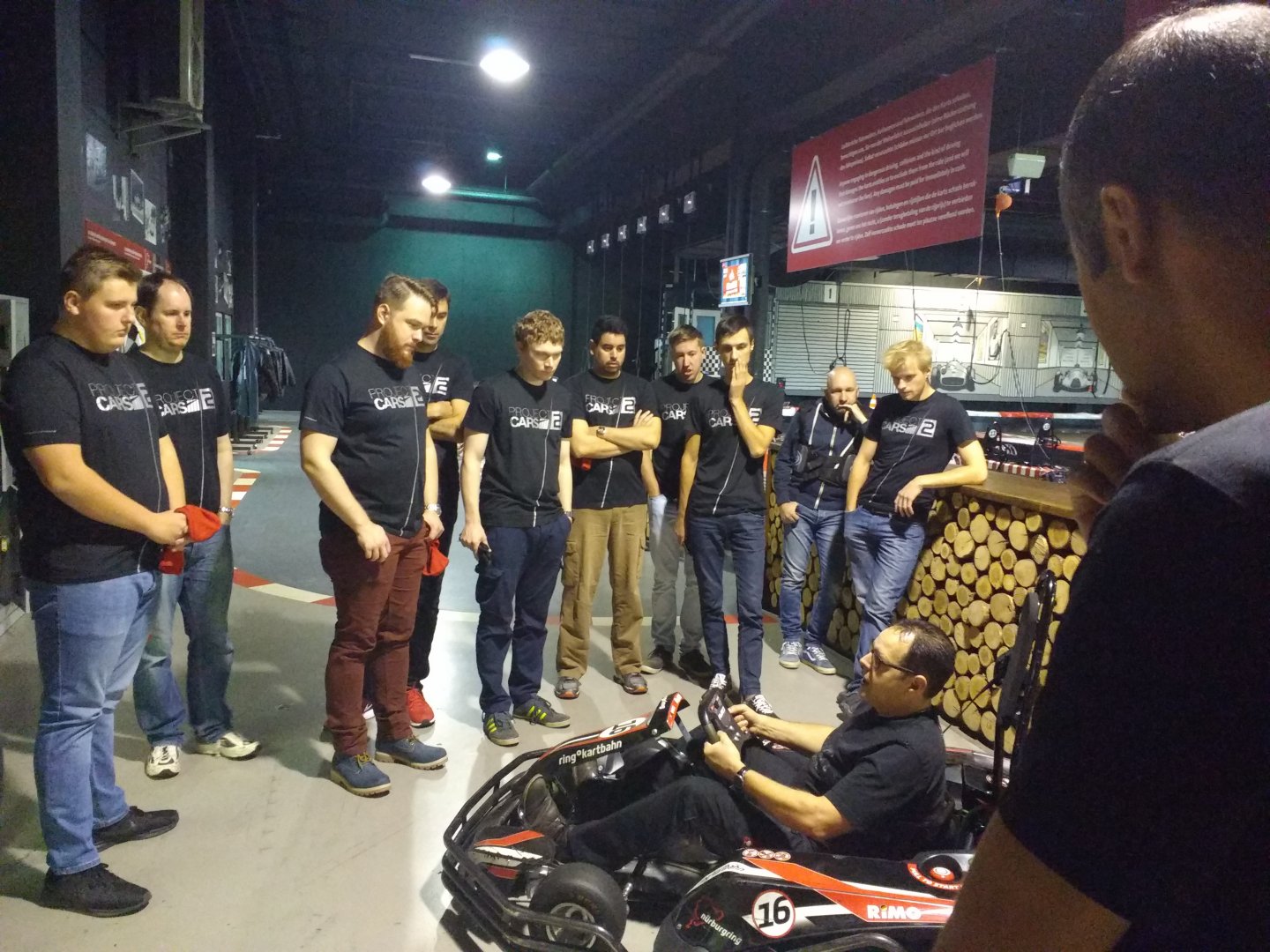 As usual, Cluck asked if the lobby was up yet. The staff members of the kart circuit were quite confused, with things not made easier by people asking what the password was - Back to the topic:

10 minutes qualifying, 20 laps racing, with 2 splits of 8 drivers in each. In the end, @ramiboo could take the overall victory of RSR first official, real-life, kart race. Congratulations @ramiboo!


Elmo and Yorkie (both SMS Developers as well) surprised all of us with some goodies, sponsored by SMS, for our hard work in the Development thread. Once again many thanks! After the race, we headed straight to the Fanatec booth to meet with Rod Chong and Joseph Barron, both from SMS (so many developers on this trip :O). 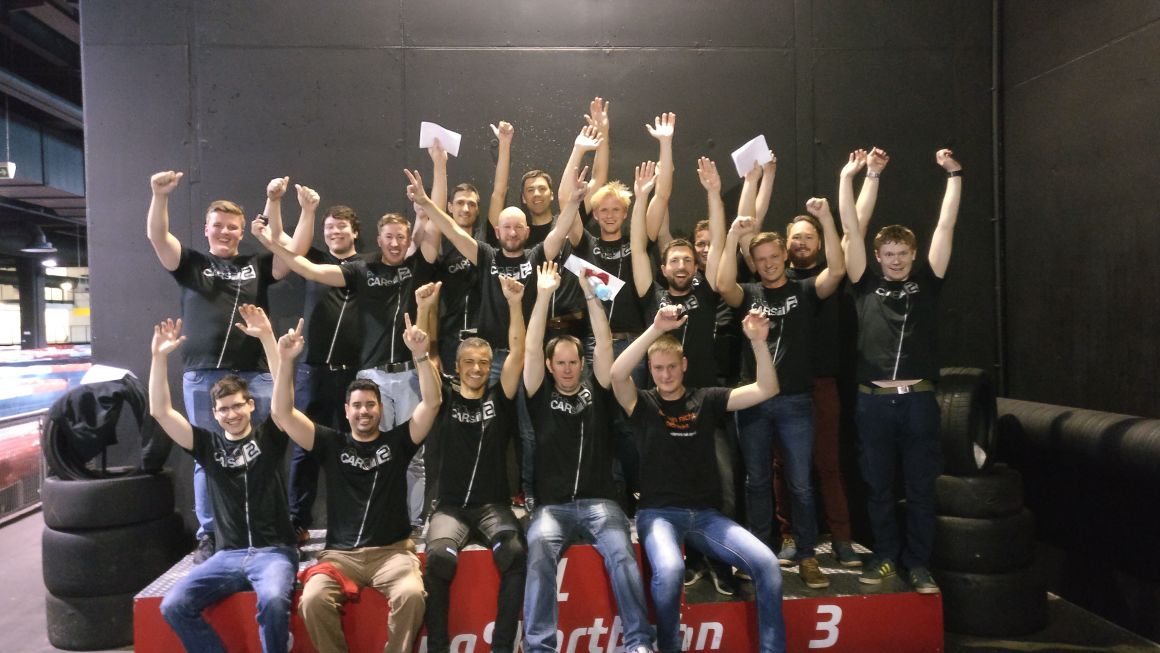 Saturday Midday - Relaxing at the Grand Stand
Besides the Sim Racing Expo, there was also a real race taking place in the shape of the Blancpain Sprint Series. We spent a while watching some of the races: 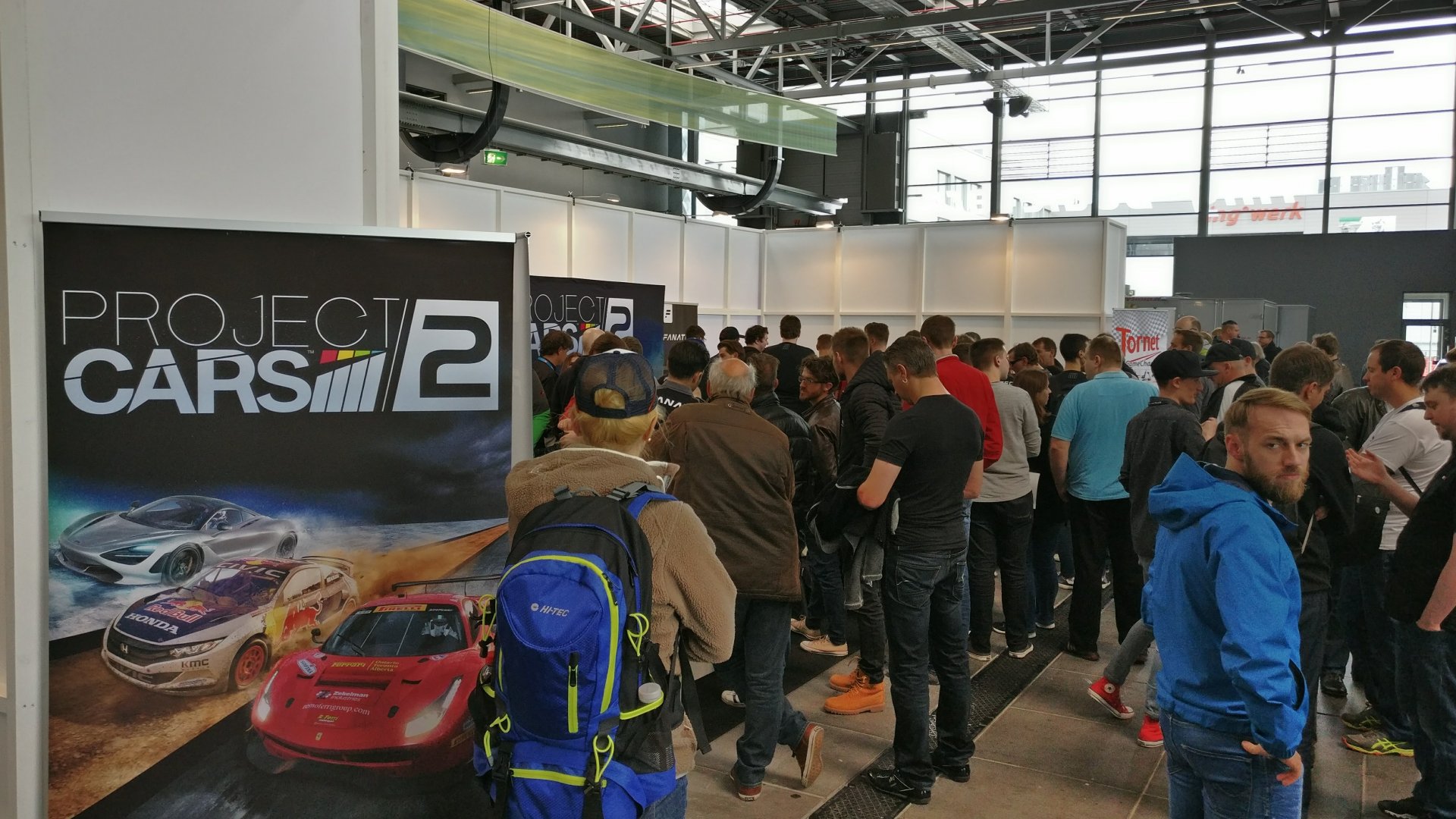 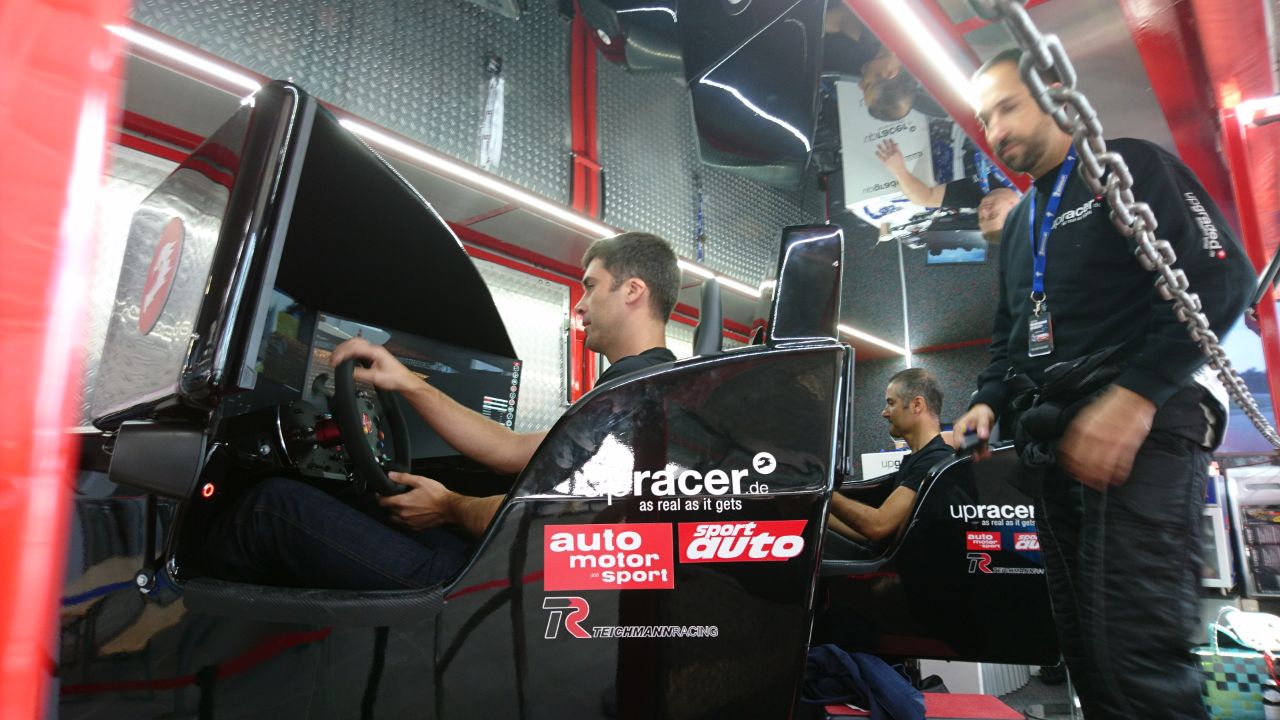 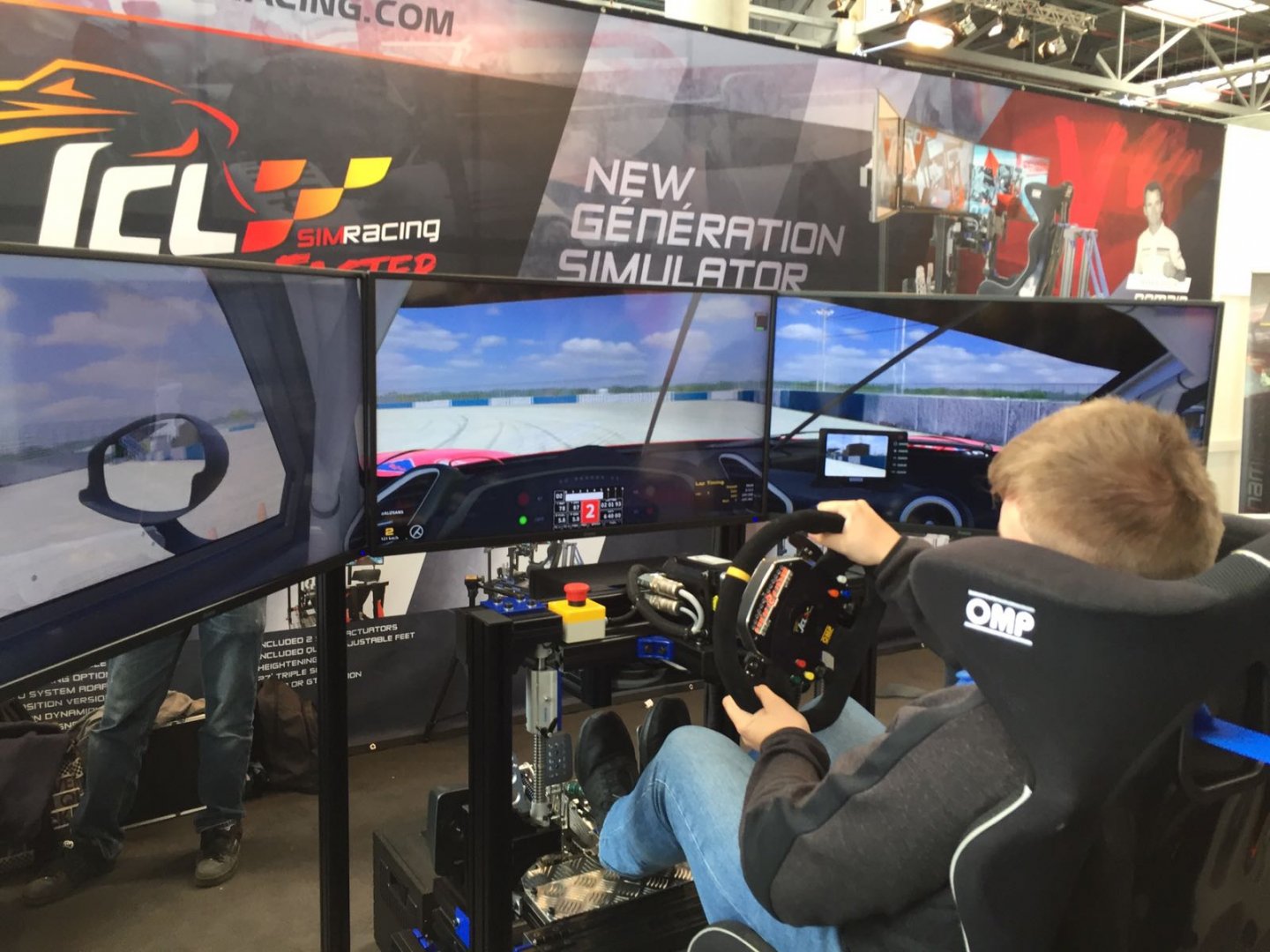 @Gxbbs trying out the new JCL Motion Rig on iRacing 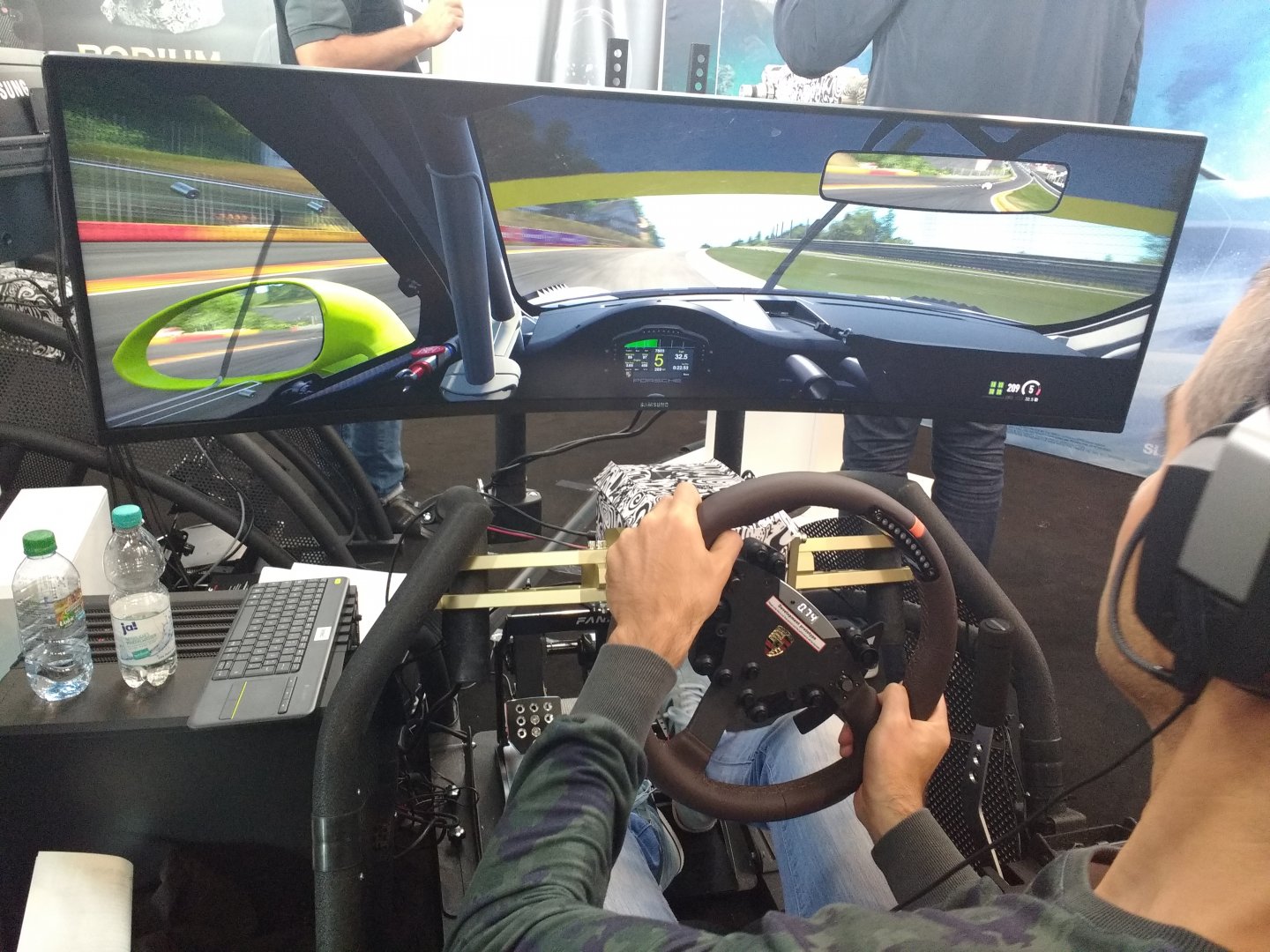 Last but not least the Main Event on Sunday Midday, the Blancpain Sprint Race - Here is the start:

All in all this was a great weekend. 18 people, aged 18 to 45 years old, from 6 different nations but with one common hobby. It is really astonishing how a hobby can bring "strangers" together.

Can only repeat the above, stellar weekend!

Here are all my pictures and videos from the weekend (not that many): https://drive.google.com/open?id=0B9UjQF4meDy2cHZ6UUtTQnZfLUk

"As usual, Cluck asked if the lobby was up yet. The staff members of the kart circuit were quite confused, with things not made easier by people asking what the password was - Back to the topic:"
i7-8700 Coffee Lake - 16GB Corsair Vengeance 3000MHz DDR4 - 11GB EVGA GeForce GTX 1080 Ti SC - Logitech G29 - Rift CV1

Also here are some trackside shots from Friday and Saturday: 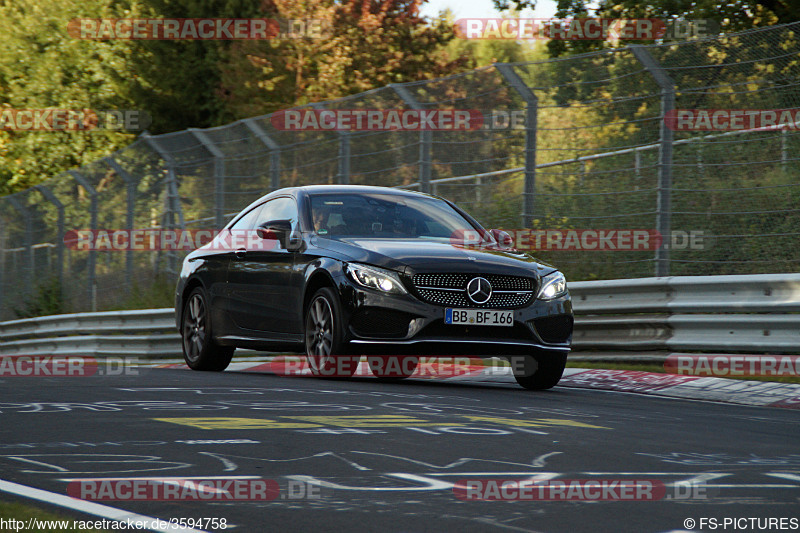 I already bought one of the jump picture and will post it here in full resolution once its send to me.

@ramiboo and @falcon2081 here you will find yours: 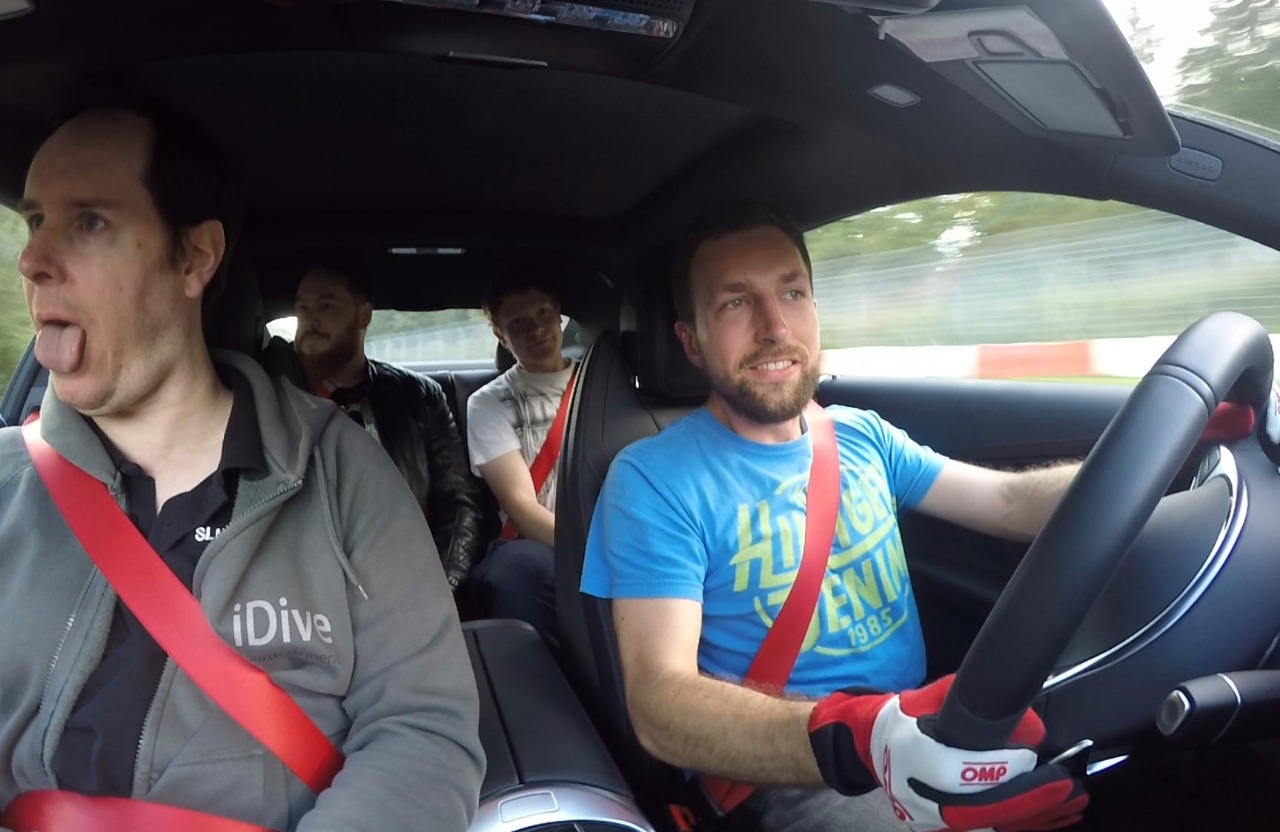 I will post my thoughts after I get back on Monday. But for now amazing weekend for sure. @Elmo thanks for the link with the pictures. I will have to buy one and make a poster out of it.
Setup: SimLabs P1 80/20, OSW Large MiGE, Heusinkveld Pro Pedals, Fanatec Rims with SRM adapter. Triple Dell S2716DG Gsync with Telemetry Monitor. Fanatec Shifter.
Beast PC with 2080super to run it all.

Sounds like an amazing weekend! Really cool to see, I'll have to put my name down for next year... or everyone can come to Australia!

Before my eyes finally shut and I get some sleep in my own bed again, I just want to pen a few words in advance of a longer, more detailed post in due course.

This weekend was all about the company. Without the guys (and Mrs Baggaz for a brief appearance on Sunday) that went, the weekend would have been less than half what it was. There were far too many laughs to mention so, I really just want to say thanks to all of you for making the weekend so damn good for us. The biggest thanks, of course, go to @Elmo and @t0daY for organising it all in the first place. Well, that's a lie, my biggest thanks go to @Invincible (Invisible ) for the Becks .
#WorldsFastestChicken

Mr. McCarthy is too lazy to post it on the forums. I will do it for you @ramiboo

Here are some pictures, mainly from the Races. I forgot to make Photos on the Expo

BTW: Everyone has seen that i'm a fair Racer in the Kart Race... Could this count as my induction?

Oh and nearly forgot to post this crappy video (unedited, just combined all videos from Karting):

Here's a one of Team iRacing

I'm still quite busy, so reviewing the material I recorded/shot takes a bit longer. But it should be up by the end of the week. However I think theres enough time to leave a huge thanks to the organisers of this event, esp @Elmo & @t0daY It was a brilliant 3 days with a bunch of racers who enjoy racing whether it real or virtual. Everything was well planned and nobody got lost, so probs for that This meetup really got me back to RSR and I'm already looking forward to the coming races, albeit I'll probably missing the first one

Whohooo, someone caught my excellent move against @Yorkie_065

Here it is in full glory 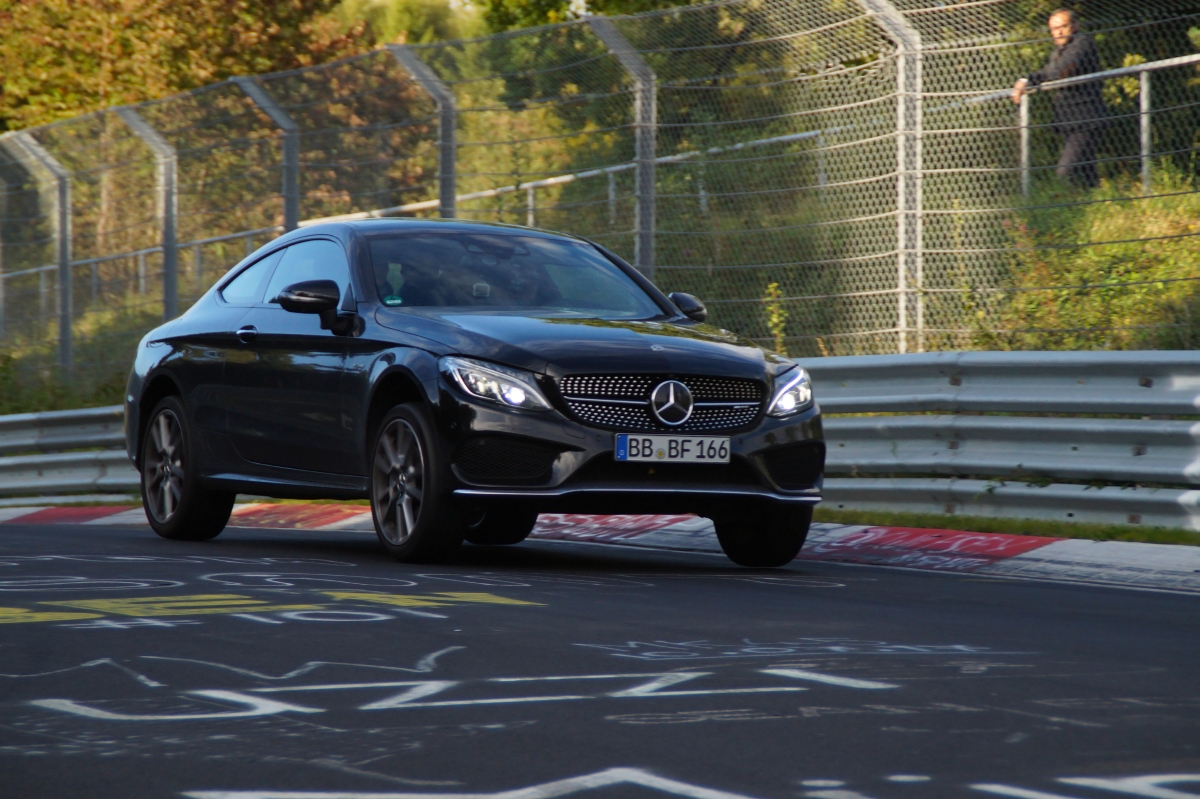 Elmo said:
Here it is in full glory

@Elmo, your car is an absolute animal
#WorldsFastestChicken

Not something from me, but from someone else who I watch reasonably regularly on Youtube. @Elmo @t0daY and @MelBonkers might remember on the Friday driving to the ring I pointed out a car rental place called Apex. One of the main guys running it does daily vlogs related to cars, the business (Apex) and the Nurburgring, and he was actually there on the Saturday. Unfortunately I missed him, and was keeping an eye out for him on the Friday but didn't see him, but forgot about it on Saturday. Turns out, a bunch of the RSR guys can be seen stood waiting around in the background in the car park at 23 mins.


Worth watching the whole video though as there's a couple of funny moments in it. Plus, you get to look at someone who looks like @Puffpirat
You must log in or register to reply here.