and ginetta g55 as well

I am getting very excited

hinesy32 said:
I am getting very excited

When is the track pack coming out? Autumn?
Click to expand...

hinesy32 said:
Yea, i knew the release date for the car pack. But wasn’t there a UK track pack due for release at some point?
Click to expand...

hinesy32 said:
Yea, i knew the release date for the car pack. But wasn’t there a UK track pack due for release at some point?
Click to expand...

That AM looks like it can't believe what it has just seen.
​

Uploaded some setup for the Porsche 911 GT3 R II into the RSR resources
Feel free to check them out, I hope they are drivable for you 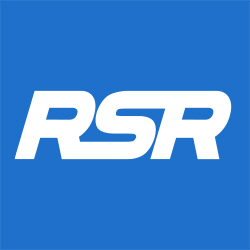 GAMEPLAY:
Added GT4 Season menu (DLC).
Added GT4 Sprint Race game mode: 1-hour race duration, mandatory driver swap in pit window, no tyre change or refueling allowed (DLC).
Added GT4 2019 championship season and custom championship season (DLC).
Fixed a bug where saving the game while the car was facing the wrong way would DQ the player when loading the session.
Changed references in the penalty system to allow different track limit thresholds for different car groups in mixed races
Potential fix to the pit exit trigger fail and subsequent issue with pit limiter getting stuck and stint times not restarting properly when the player had the first box.
Fixed an inconsistency in the lower threshold of the automatic wiper assist.

CONTROLLERS:
Change in the management of controller devices, to use instance IDs instead of on product ID.
Allows the use of multiple instances of the same controller device model, such as button boxes.
Fixed Frequency setting not loading correctly after being set in the UI.
Disconnected devices will no longer be deleted from controls.json but will be marked as disconnected (red-coloured device name in configuration screen).
Controls configuration can now be reloaded to detect re-connected devices without need to restart the game.
Refresh/reload and undo buttons added to the controls page.
Default keyboard binding for "downshift" reassigned to "X" in order to avoid clash with basic Windows function hotkeys.
Fixed FFB controller order dependency, now the steering device automatically gets FFB assigned.
Potential fix to lack of FFB for certain devices upon first install or control settings reset.
Controller presets for Simucube and Simucube 2 wheel bases.
Added new rumble effects and adjusted existing ones for XInput gamepads.

MULTIPLAYER:
Server: added server-side car group restrictions: GT3, ST, Cup, GT4, FreeForAll.
Client: server car group displayed in server list.
MP car selection page automatically pre-selects car based on eligibility.
NOTE: DLC ownership is not required to join mixed-class servers and see opponent cars.
Quickjoin always respects the car group that is currently selected.
CP servers are in Mixed mode, and use the Primary car.
Client: server list now will not refresh upon returning from car selection/advanced menu.
Client: fixed an issue with failed race starts when clients entering an invalid state would not be re-evaluated as valid even after regaining position.
Client: fixed a crash that would occur when the client joined during the start of the formation phase.
Client: fixed an issue where clients joining during the preparation/countdown phase would be sent up to the top of the grid by the formation widget and erroneously start from pole.
Client: fixed a potential client crash when using maximum tyre set rule in driver swap scenarios
Client: fixed unreliable grain/blister/flatspot data transfer in swap scenarios when reusing old tyresets while also swapping driver.
Server: client reject during post-qualifying phase now made global to prevent erroneous spawning.
In an open-race server, clients may still join after the post-qualifying phase, either during the race countdown phase, during the formation lap or after the race start.
Server: fixed a rare server issue that would skip to the end of the race session when all clients entered into an invalid state at the same time during the formation phase.
Server: added "isLockedPrepPhase" setting (settings.json) to prevent clients who did not take part in qualifying from joining during the preparation/countdown phase.
CP: fixed client rejection with "server full" message with successful registration.

Great to see many QoL improvements and fixes!!! especially weather widget and tyre pressures when not changing tyres.
Man what a job Kunos is doing with this platform. GT4's aren't really my cup of tea, now I'm waiting for British GT DLC...
You must log in or register to reply here.